Stefan Hüskens is a drummer well-known in the underground circles of metal music and, while playing in a Dutch death metal band Asphyx and German black-thrash machinery Desaster at the same time, recently he joined another group as a part of a brand new line-up of legendary German thrash titans, Sodom. In three months, on 15th of July, Asphyx will be performing on the Exit Festival and sharing Explosive Stage with names such as Grave Digger and Evil Invaders, but until then, we took the opportunity to ask Stefan before he comes to Serbia, which albums established his musical taste and made the greatest impact on him throughout his career.

I started with bands like Helloween and Guns N’ Roses. But after I listened to this record, it was all gone. Brutal, wild and darkened – pure metal and only three guys! Abaddon is still one of my favorite drummers. He isn’t technical or tight… but he is wild and brutal! This is what I miss nowadays in most bands!

Asphyx was one of my first death metal bands I ever listened to. The Rack is just an amazing record, full of catchy death metal hymns and it’s amazing that I am a part of the Asphyx family. Still a fan, but also proud for playing in that combo now. Asphyx is death metal with rock ‘n’ roll attitude!

Thrash! Bam! No more words to s(l)ay! If you are thrash metal maniac, you must listen to “Reign In Blood”, there is no way out. Fast and catchy songs with brutality! “Angel Of Death” is a METAL hymn!

Most brutal guitar sound ever! Metallica lost their spirit and energy after “Justice” but first four albums are amazing speed metal! Most of my friends like “Kill ‘em all” more, but my first record I listened to was “Ride the Lightning”. And that will forever be in my mind!

Best German thrash record! Followed by “Pleasure To Kill” from mighty Kreator. I am a Sodomaniac and I will always be. Tom is just KVLT! Persecution Mania is raw and wild, as a thrash album must be. Paired with Tom’s grim vokills… perfect! Since I recently became a new drummer for Sodom, I feel like I’m living in a heavy metal bubble – playing in both of my favorite bands ever! 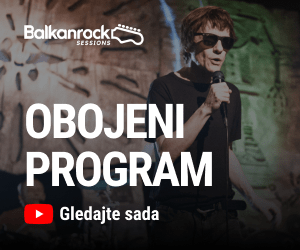 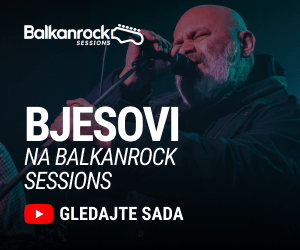