Tommi Holappa (Greenleaf/Dozer): “It’s 100% pure Rock and Roll with all our heart”

BR: I’m afraid that the wider Balkan audiences are not really familiar with your band, which might be the perfect opportunity for your introduction and your concerts in the region. The project has been around long enough to actually become a serious rock band. How would you describe your sound, and what is it that makes your performance special?

Tommi Holappa: Greenleaf is a righteous kick in the ass and testament to the almighty riff! It’s 100% pure Rock and Roll with all our heart, soul and sweat put into it!

BR: Talking about your concerts in Serbia and Croatia, you’re going to share the stage with the Ukrainian band Stoned Jesus. How did this collaboration happen and what’s your opinion on that band?

Tommi Holappa: Greenleaf and Stoned Jesus are on the same booking agency and they asked us if we want to do a tour together. We met the guys once in Germany and they seemed like a nice bunch of guys so going on tour with them sounded like a good idea. And also they have toured the Balkan countries before and this will be our first time so I think this is a perfect match. Check out informative post at cashcomet.co.uk People will get a lot of good rock for their money if they come to the shows. You can check out https://www.paydaynow.net/title-loans-near-me/ and learn more.

BR: Your latest album „Trails & Passes“ received a big deal of positive comments from critics. Personally, I think the album is perfect. I’d like to know how you like the final „product“ and how the whole recording process went.

Tommi Holappa: I personally think it’s the best album so far! Best sounding and the best song writing we have ever done(ok the new one is even better but more about that later..hahaha) The whole process of writing the album and recording the album went really smoothly, I think it might be one of the easiest recordings I have ever been apart of. When Arvid joined the band we got really creative and wrote all the songs pretty fast and then we went into the studio and recorded everything live in 3-4 days.

BR: When it comes to working together and creativity, how does Arvid Jonsson fit into the group?

Tommi Holappa: Arvid fits perfectly into the group! I think he must have ADHD or something when it comes to writing music,hahahah! He’s spitting out new ideas all the time and that fits us prefectly.

BR: Swedish rock n roll scene is quite strong. After listening to many bands, it seems to me that the cult band Kyuss’s performances in mid-90s in your country changed a lot of things there. Would you agree with that?

Tommi Holappa: Yeah Kyuss, Fu Manchu and Monster Magnet were bands that influenced a lot of bands in Sweden around the mid-90’s and a bit into the 2000’s. The whole stoner rock thing kind of expolded here and brought us a whole bunch of good bands like Lowrider,Dozer,Mammoth Volume,Astroqueen,Demon Cleaner etc etc…I could make this list very long…hahaha.

BR: Do you collaborate with other Swedish bands? If so, in what ways?

Tommi Holappa: Not really. Of course we every once in awhile try to help eachother out with getting shows in here but It’s really hard to get good shows here when you are not so famous. So we mostly play outside of Sweden.

BR: Greenleaf has seen a lot of musicians come and go. Since I’m not up-to-date I’ll ask – how come Oskar Cedermalm of Truckfighters is not a member anymore?

Tommi Holappa: We wanted to tour more and Oskar as you know was very busy with Truckfighters so it didn’t really work out. So we sat down and had a talk and decided that it was time for us to part ways with Oskar and find someone new who could put more time into this band. 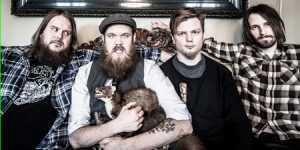 Tommi Holappa: Small Stone has always been really good to us but we felt it was time for us to take a step up. We needed a label who could promote us a little bit more, promote the albums, promote the tours etc etc. So when Napalm said they wanted to sign us we just went for it.

BR: You’re really active with live performances. Do you manage to get free creative time in between tours? How’s it going with the new album and what can we expect from Greenleaf in the future?

Tommi Holappa: Well this summer has been very hectic so there has not been much time to be creative, we have played pretty much every weekend in July/August so every day you are free at home just want to relax go fishing or something. But no worries! The new album is already done! We recorded it in May and it has been mixed during the summer and a couple days ago we got the master. So people can expect a new album early next year and lot’s of more shows!

BR: The stoner scene of the Balkans has only started its formation in the past decade. There are a lot of interesting bands here, but only two (highly representative) ones have been carefully picked to share the stage with you. Have you listened to anything by Fluid Underground or perhaps Northern Revival?

Tommi Holappa: I have not heard them . I will definitely check them out before we do the shows together.

BR: Do you miss your main band, Dozer? What’s happening with that great band?

Tommi Holappa: Well Dozer is just doing 2-3 shows a year so I get my Dozer fix every once in awhile. Some of the guys have families and good jobs so there is not really time for the band and this is totally fine with me, we just do shows every once in awhile for fun.

BR: What’s the one concert you’ll never ever forget and why?

Tommi Holappa: Do you mean one of my own concerts or other bands? I can do both. With Greenleaf one of the concerts I will never get was this years Stoned From The Underground gig…It was great! Everything was just perfect! Great weather, great crowd…great atmosphere! And other bands I must say is when I saw Kyuss in ´95…They just totally blew me away with their huge sound!

BR: Have you ever tried ’rakija’ and will you have some when you’re in the area here?

Tommi Holappa: Never tried it but I most definitely will!

Pipsi i J.R. August u Šibeniku 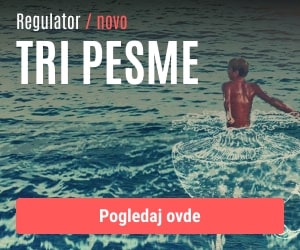