Shirley Manson (Garbage): I don’t give a shit if someone thinks I am attractive or not 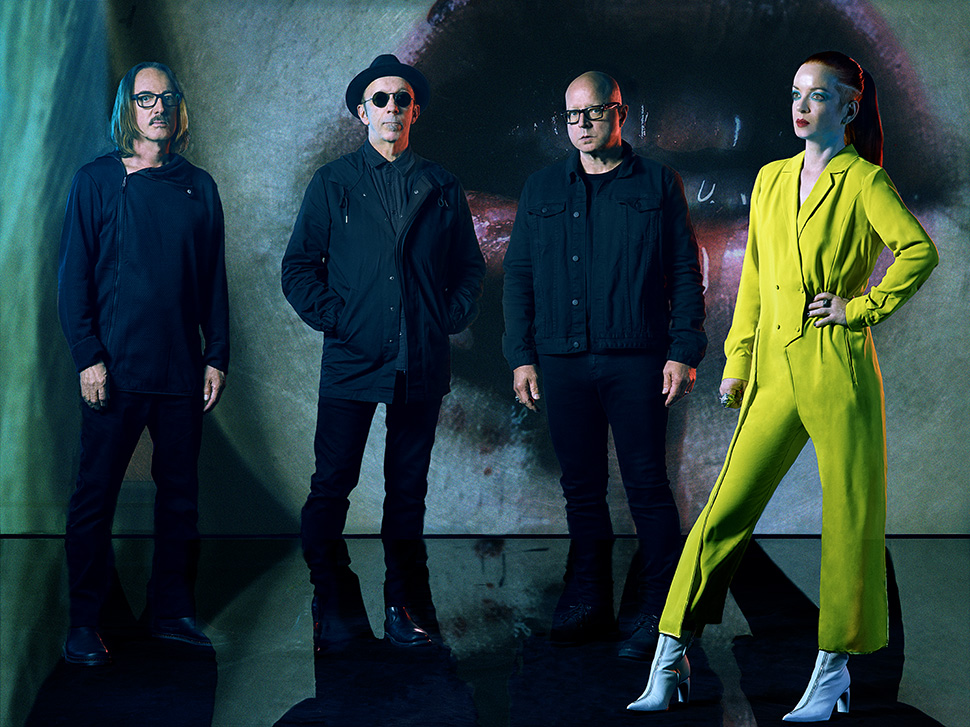 Preparing for the Belgrade gig on the 28th of June, we talked to the frontwoman of Garbage, the powerful Shirley Manson. Famous for being an immensely powerful vocalist, she is even louder when it comes to giving her voice to social rebellion, making her an amazing person to talk to.  We discussed certain persistent problems of the music industry but not without mentioning several principles to help you cope with all the mess. One of the greatest women of modern rock’n’roll spoke to Balkanrock about the position of women in the music industry, making it big, advising young artist, fame and sharing some hints about the upcoming Garbage album release.

BR: In a recent study done by Fender, it was announced that women take up 50% of the new guitar players. It seems that there is a wave, similar to that of the 90s, where we had an expansion of female lead bands. How much space is given to true female creativity in alternative music?

Shirley: You know, I have heard similar stats from other guitar companies before and they quite honestly delight me. Long may this trend continue. The problem however is not that women don’t WANT to play music. So many of us do and always will. The real problem is the heartbreaking fact that once women manage to enter the professional domain that is the music industry, very few of them are able to thrive. The reason for this is multifold. Women are already battling a white patriarchal system that dominates the world. They then encounter good old-fashioned sexism, misogyny and objectification, to say nothing of the reluctance of the media to treat women as artists and not playthings. The music industry is simply a reflection of our societies and our society is reflected in the bias of festival bills. Nothing new here. I do believe things are slowly beginning to change however as women continue to galvanize through the power of social media. I have not lost my hope or my faith in evolution. The younger generations of women are not going to put up with the same bullshit generations of women before them did. Change is coming, in the fine words of Greta Thunberg, whether we like it or not.

BR: Unlike the era when Garbage started, the world is now in a pretty apocalyptical place. On one hand, the intolerance and violence are skyrocketing, while on the other more and more social groups are emerging that are different from what has been the norm in the 20th century. Garbage has always taken side with the outsiders, what’s your take on today’s state of industry where the acceptance of the outsider is seemingly stronger?

Shirley: Well to be honest I really don’t believe that the world is in a pretty apocalyptic place. I believe it has always been the same. Cruel and unforgiving on occasion and host to some pretty nasty, intolerant , power-obsessed, money grabbers. However there is also an abundance of dazzling, creative brillance. Kindness , sacrifice, great beauty and genius too.
Through the power of social media , people are being increasingly exposed to different ideas and philosophies, more so than at any other time in human history. I think perhaps the notion of what constitues an outsider is rapidly changing and therefore outsider status is becoming more acceptable. 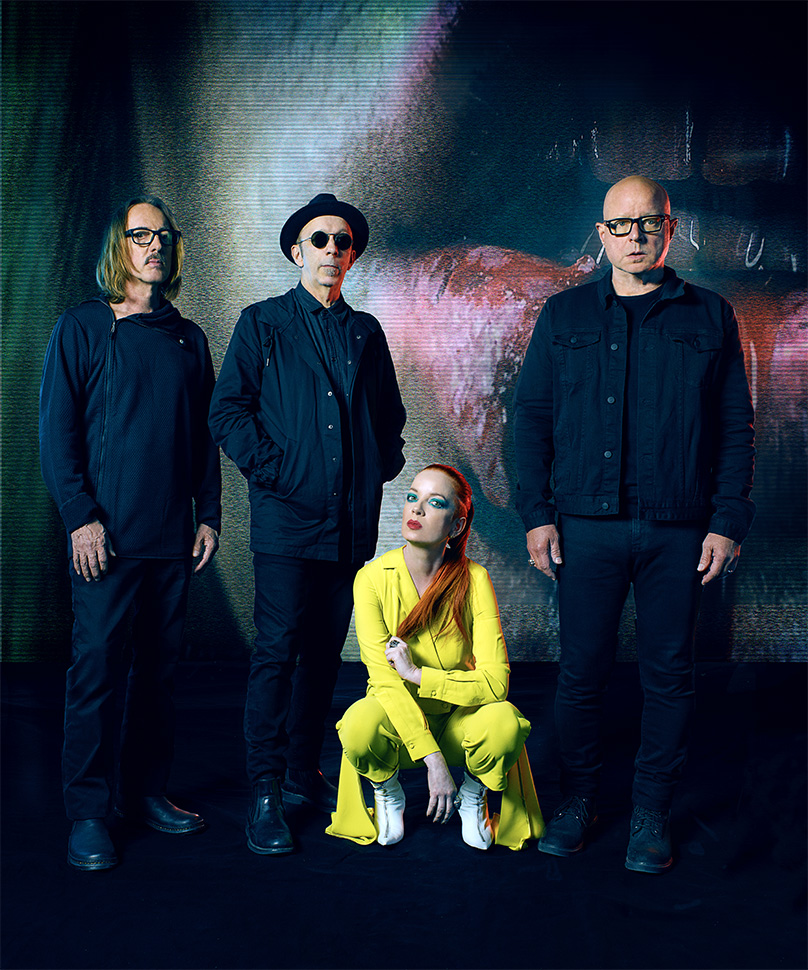 BR: Garbage was one of the first bands to record an album completely digitally. Technology has changed the industry quite a bit. Many people seem to think that today, music is made quickly and for profit, which has made pop music much more monotonous and has left much less space for alternative music. Do you agree with this and what advice do you have bands that are trying to make it in the alternative scene?

Shirley: Much like in fashion, popular taste in music, historically speaking, is continually changing. Consumers eventually gravitate towards the exact opposite of what is currently popular. For so long, alternative music has sat out in the cold compared to it’s pop, rap and hip hop counterparts for example. As a result I now sense a tangible change in the music scene in favour of more alternative artists. I think right now people are looking for some authentic philosophies and perspectives that explore different themes other than the mass-produced, churned out tropes of pop.
When a hugely popular, fairly mild-mannered pop star like Halsey is suddenly presenting as a wild, punk-rock riot-girl in her latest video, spitting blood and kicking at the camera, you know the winds have changed considerably.

As for advice …….most of the time I try to avoid giving advice. My journey, like all artists before and after me, is unique to me. What once worked so well for me, might not work for young artists today who find themselves operating in a completely different musical landscape. That said, my favourite words of encouragment remain the same: If you love it, do it. If you can’t live without it, do it. If you have the heart of an artist and not a salesperson, just dig into what it means to be an artist. Do the work. Find the high in the creative hunt. Do the work and do it for as long as and as well as you can. Invest in yourself. Fuck the industry. Fuck being famous. Be an artist. Live free.

Nothing. Nothing is different. Women continue to be devalued by governments around the world. In doing so, governments teach men that women are less valuable to society. When this information seeps into the brain of a sexually violent man, the result is he will take what he wants from a woman whenever he feels like it because he has been taught he has a right to.
Sexual violence occurs more frequently than we ever care to imagine or acknowledge. The stats in point of fact are bewildering and terrifying. One in 3 women will experience sexual or domestic violence in their lifetime. What does that say about our society? I don’t believe men are evil. I don’t believe they are born rapists and abusers. I believe that violent men are made and moulded by oppressive, patriarchal systems.

BR: In 1998 you had an interview with Vicky Gab, where you said that you don’t think you’ll be rocking in a band when you’re fifty, rather you’ll probably be a producer or doing Frank Sinatra covers. How come that you’ve already past that number and still rocking?

Shirley: It just goes to show how little you know when you are 30 years old. I didn’t understand back then just how important representation is. I continue to do what I do because I want more and more women to see that they too can continue doing what they love to do regardless of their age. In the past, women have been forced out of industry and the arts by being shamed about their loss of sexual agency. I wave a rigid finger in the face of that particular convention. I don’t give a shit if someone thinks I am attractive or not. What does that have to do with me being a good musician? I will continue on, undaunted in the hope that many other women behind me will do the same.

BR: Debbie Harry stated in an interview with Guardian recently that musicians such as her should fight against platforms such as YouTube and Google, since they are limiting the original author’s rights, as well as not paying them fairly for the music. Given the fact that you are in many ways an artist like Debbie, what are your views on today’s publishing and advertisement of music?

Shirley: I had to make my peace with the crimes of the music industry against musicians a long time ago. There is nothing I can seemingly do about the manipulations of my creative and intellectual property by corporate greed. In order to preserve my sanity, I just had to accept it. Their greed is exceptional and abusive and hopefully one day, younger generations of musicians will put an end to it. In the meantime, I will continue to engage in any progressive initiative that moves to protect musicians as I continue to nurse my contempt for the music industry in general.

BR: There’s a rumour going on the internet that Garbage will be releasing a album in 2019 or early 2020. Can we know what’s it going to be? A remaster, compilation, or is it going to be completely new material?

Shirley: We are currently in the middle of writing and recording a new record set for release in 20/20. That is our plan anyway. Fingers crossed we can get our shit together. We are not known for getting things done in a particularly speedy fashion.

BR: How well do you know Serbia or the region you are visiting?

Shirley: We have actually played in Serbia before but our visit was all too short. We are immensely excited to be returning and consider it a true priliege to visit your mysterious, magical lands. 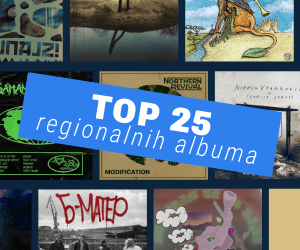 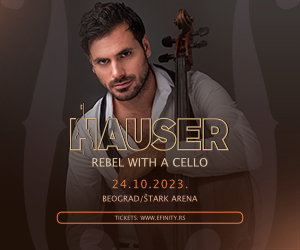