Scott Hill (Fu Manchu): Main fuel is the love of playing. Being able to turn the amps up loud! 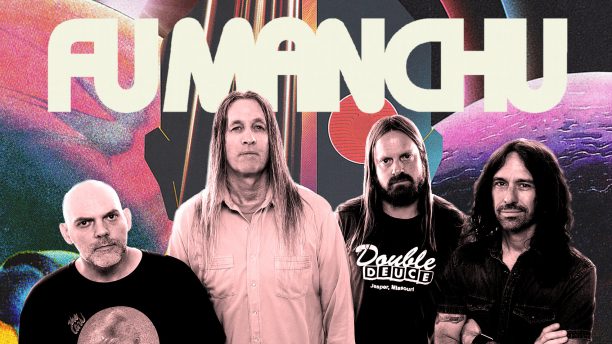 The pioneers of desert rock, Fu Manchu, released their 12th album called “Clone of the Universe” on 9th of February. Constant releases of high quality and raw energy during their live shows made Fu Manchu a cult band. Scott Hill, the founder and the frontman of the band, talked for Balkanrock about the new albums, the beginnings, the European tour that excludes the Balkans with the nearest gig in Budapest on 16th of March, and the connection of the band with vehicles.

Balkanrock: For Fu Manchu, March is reserved for European tour where you are going to promote your new album „Clone of the Universe“. The closest show to the Balkan region is the one in Budapest on the 16th of March. Why did that happen? Lack of interest from the promoters or something completely different? What about the second leg of the tour in few months?

Scott Hill: Not sure. We only had a limited amount of time to tour Europe right now so we tried to do our best with locations.

BR: Fu Manchu has always been recognizable for fast, fuzz-filled, and straight beat songs full of memorable riffs. But one thing that is obvious is that „Signs of Infinite Power“ and „Gigantoid“ feature shorter songs with almost punk rock aesthetic – such as those straight-to-the-point and three-minute-max songs. What is the idea behind that? Or is that just a coincidence?

Scott Hill: We always like to get it and get out of a song. We never really like to do long  big jam type of songs……until this record. Like you said….straight to the point. 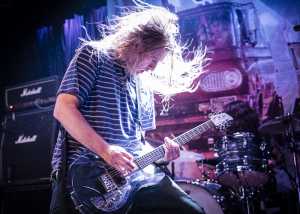 BR: On the other hand, your new album „Clone of the Universe“ features the longest song (II Mostro Atomico) in your career. That song and those riffs can take you to another universe. Was that just a jam that you captured on track and were like „…we’ll keep it that way“?

Scott Hill: We had a lot of riffs for the new record after we already had 10-14 songs and instead of writing more songs we decided to take the best new riffs we had and see if we could do a big long song with them. It was a lot easier than I thought to write an 18:00 minute song…..

BR: Songs like „Evil Eye“, „King of the Road“, „Mongoose“, and few others are today cult classics. I’m sure that almost everyone that has ever shown interest in stoner rock or desert rock knows those songs. When you look at them from today’s perspective, would you change anything?

Scott Hill: No, I like the way almost all our records were recorded / sound. Its what we were into at the time. Maybe a mix here or there but overall I like them all.

BR: Where you aware that you are making new musical genre at that moment during the 90’s? And what was it like being at the epicenter of one of the most important musical underground sub-genres?

Scott Hill: No, we just wanted to play loud fuzzy rock! Didn’t know there was going to be any term for what we were doing. 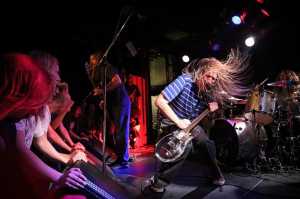 BR: Among other bands like Kyuss, Clutch, and Red Fang, just to name a few, you helped defining what is called desert rock. Also, you remained one of a few bands with the unique sound in that scene. That scene or genre of music is full of copycat bands that are trying to imitate Fu Manchu and the aforementioned bands. What is your attitude towards that?

Scott Hill: Everyone borrows from everyone….

BR: My opinion is that the key to the music of Fu Manchu is the uncompromising character and a lot of balls. You don’t make complicated music, you are not trying to make a philosophy with your music but still, you have twelve albums behind you and all of them have something new to tell. What is your main fuel for making heavy rock and roll songs for 30 years?

Scott Hill: The love of playing. Being able to turn the amps up loud! No big message in Fu Manchu. Playing live is our main thing.

BR: Most of your albums feature some kind of a vehicle on the front cover. Your music is perfect for driving and that seems to be the perfect match. Yet, I would like to know what your primary idea with that was.

Scott Hill: I love old muscle cars / vans / motorcycles. Always thought our sound fit with anything with an engine.

BR: For almost 30 years you have remained honest to DIY ideology, even though you have labels behind your back. I guess it’s easier now after all these years. But, was it tough for you to stand behind your ideas even when they were not commercial at all?

Scott Hill: No, we were never told what to do or how to sound so we were always quite happy with our record labels. 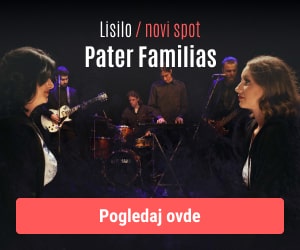