NaslovnaEnglishPuta Volcano: "The best way to move forward is to be honest with ourselves"
15/05/2018

Puta Volcano: „The best way to move forward is to be honest with ourselves“ 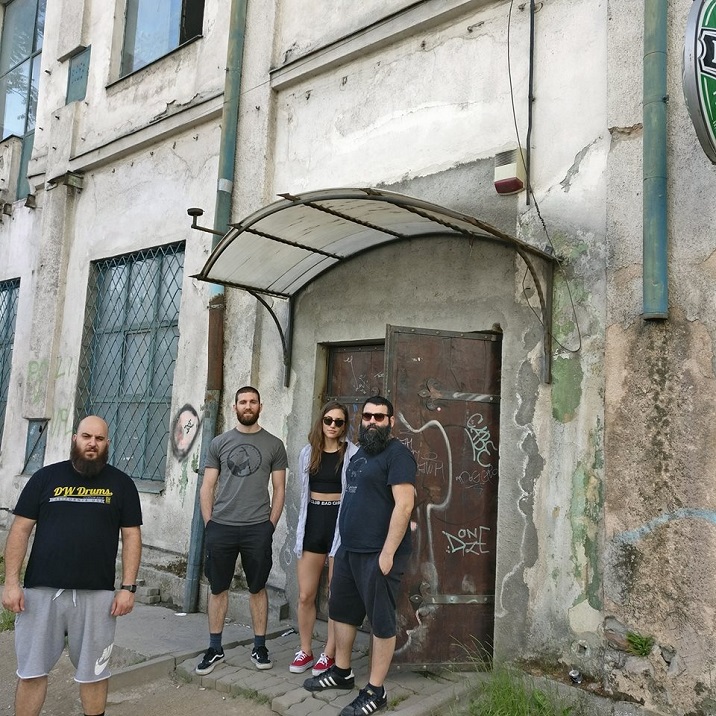 BR: This is your first time in Serbia, what do you expect from your show here? Which European cities are you looking forward to visit the most?

Alex: This is our first time playing outside of Greece at all! We expect and look forward to meet the new friends who kept asking us to visit their city this beautiful last year. And there isn’t a specific city we’re looking forward to visit the most, all of them will have a special place in our heart since it’s our first tour!

BR: You released an album called „Harmony of Spheres”, is the name related to your legacy, and associated with Pythagoras ideas? If not, can you tell us something more about the story behind the name and the album concept in general?

Alex: The album’s name is indeed based on Pythagoras’ idea that the planets’ movements produce sounds and the sum of those sounds could be considered a kind of musical harmony. When writing new music we like to work with images. We felt this name was fitting because while making “Harmony of Spheres” we were kind of zooming out and seeing where we fit in the vastness of the cosmos.

BR: How are you satisfied with the reception of public and critics? If you could change one thing in the band, what would that be?

Alex: The album’s reception has been a constant stream of happy surprises for us. People from places on the other side of the planet reach out to tell us how much they liked it. We wouldn’t change anything, we just never want to stop progressing and improving.

BR: How big is the difference between this one and previous albums? Have you changed your style a lot, or have you evolved in one direction? According to you, which one is better, should a band stick to its roots, or experiment in various directions?

Alex: I suppose each band is unique in the way they handle or cause creativity. There is no silver bullet or set rules. For us, the best way to move forward is to be honest with ourselves. Over the years our greatest success has been that we’ve become very strict when filtering our own ideas. So it’s safe to say that at any point we decide to write new music, it will be what feels right for us at that moment in time.

BR: What is the state of the music scene in Greece? How come are so many stoner bands these days? Everyone knows that Greek stoner enjoys global popularity, at least online. Is that also the case live, on gigs?

Alex: It sure is. There has been a very big rise in popularity and that has led to a healthy competition between bands that keeps things fresh.

BR: Female vocals are a rarity in stoner bands, is that kind of situation favorable for you so that you can stand out, or is it bad, do you face negative feedback in some way?

Alex: We’ve seen both sides of the spectrum. As far as we’re concerned, we never gave it much thought. It was not a premeditated move to play female fronted music or would we stop doing that because of negative comments. To be fair though, as time passes I think it gets increasingly normal and acceptable to have a frontwoman.

BR: Which bands influenced the most on your work?

Alex: In one word, Seattle. It’s the most common denominator between the four of us. The whole scene of the grunge era is what brought us where we are today.

BR: How do you promote your music? I’ve noticed a lack of music videos, is that not so important in your genre?

Alex: It’s not unimportant, but it doesn’t seem to be holding us back. We are certainly not opposed to the idea, it’s just that we haven’t found a concept that we can get fully behind yet. When that time comes, we’ll make our debut in that area.

BR: Do you prefer to play on big open festivals, or in smaller clubs where the atmosphere is more intimate?

Alex: We tend to prefer open festivals, but a live is judged by its people first and foremost. If there is a good vibe the space is unimportant.

BR: Which songs are your personal favorites, which songs represent your work the best?

Alex: It’s a tricky question to answer, because right now we’re most attached to Harmony of Spheres. I’d have to say Neon, Infinity and Jovian Winds.

BR: How does your process of making music look? Who of you is included in making the songs?

Alex: In general we base the songs around riffs. But a riff is nothing on its own, so we take the riff and work on it until we unearth a song. If not we won’t force it into one. So although most of the riffs come from me (Alex), the music comes from everyone, no exceptions.

BR: You sing in English, is that a sign of ambition for conquering the global scene, keeping up with the trends or something else?

Alex: I wouldn’t call it ambition, just a natural continuation of the music. Although there have been successful rock bands with Greek lyrics, we were always more attached to those that sang in English.

BR: Have you tried to make a song in Greek language?

Alex: It never crossed our minds, seeing as our influences where all singing in English.