INTERVIEW | Kevin Choiral (Sybreed): “We had to play in a church” 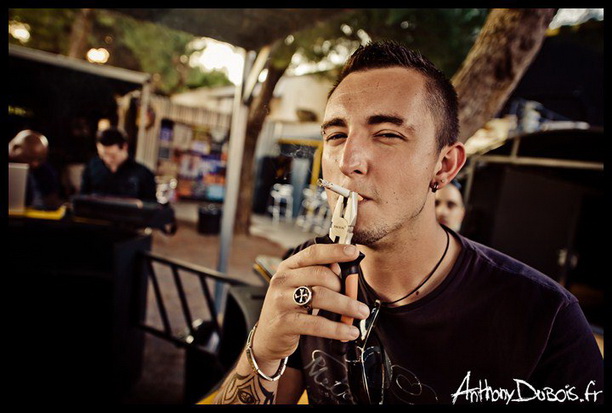 BR: At the end of October of 2013, it was announced that founding member and singer Benjamin left the band for „professional and personal matters“. Can you tell us exactly what happened (if you can, of course)?

Kevin: Well, to be honnest, all was said about it. It’s his own decision. There is nothing more I can say.

BR: How did that unfortunate event affected you, personally?

Kevin: it was and still hard to believe. You know, we were more than a band, Sybreed was à family. We spend a lot of time all together, on tour, composing. I truly miss these times.

BR: Are there any singers that you are looking for right now and will there be any kind of audition, perhaps?

Kevin: Not for the moment.

BR: Is there some kind of new material that the rest of the band wrote in the meantime that could see the light of the day if you could find a proper repleacement?

Kevin: Of course we still have some new material but I can’t talk for the rest of the band. I don’t know yet if that could see the light with “Sybreed” or something new…You will see in the future..

BR: You became a father not so long ago. How did that changed you as a person and musician?

Kevin: It changed everything, but in a better way. I’m so proud of my daughter. She is the best thing that happened to me. In an other hand, like a lot of musicians who have child, I had to make a decision between Touring the world or pay our bills and food.. Music business sucks a lot. So, I had to find a “regular ” job. That’s not easy everyday but I wish it will change someday.

BR: You’re a part of Sybreed since the „Antares“ period (if I’m not mistaken). Being the youngest in the band and working as a professional musician before turning 20, how do you see yourself at that time, then again in the „Awakening“ time period, „God is an Automaton“ era and right now?

Kevin: Interresting question! Sometimes I like to remember the young boy I was 10 years ago. I was like a lot of teenagers, full of dreams, thinking of big stages, touring all around the world..and now, at 26, I’ve made it. I’m a proud TAMA, ZILDJIAN, and EVANS artist. Because of Sybreed. I’m really thankful.

During Antares period, I was only 18 when I joined the band. Everything was new for me, even this kind of music! I used to play trash metal or melodic metal stuff..So, I did my best to fill with their music, and it was not an easy job to play Dirk Verbeuren’s drums parts!

Everything was different on The Pulse of Awakening. I wrote this album with Drop and Ben. It was an incredible experience, and dude…at this time we were party boys!! After all writing sessions, we went to clubs from 1 am until noon. So much fun, alcohol and hangovers!

For God is an Automaton, we were more “adults “, more into our work. It was the first time we wrote an album with the whole band. Ales brings so much badass ideas! To me, this album is the end of an era for Sybreed. We are proud of this one, even if it is not perfect!

BR: What’s your least favorite Sybreed song and why?

Kevin: By far ISOLATE. This song is so good to play, the atmosphere is unique in this one. I know Drop really likes this one too.

BR: Being a drummer for a modern metal band, what kind of music that you like would probably surprised fans of Sybreed?

Kevin: I like a shit lot of different styles. Actually, I’m in my Franck Sinatra period! but, I also listen to jazz, Funk!

BR: What do you see as your weak point in your drumming skills?

Kevin: There is too many! But if I have to say one, I would say my double bass technic. I’m more into groovy stuff. I never worked double bass, that’s why this is my weak point. I never wanted to be the fastes drummer or what ever. I don’t give a shit about it. Music is not a competition or a tournament!

BR: What are your influences drumming-wise?

BR: What’s the weirdest thing that happened to you while touring?

Kevin: Maybe during our last US tour with Threat Signal When we had to play in…a CHURCH!!

BR: Any particular hobbies that you share with your family or friends?

Kevin: I would say, good food, wine and music.

BR: You searched for a new band in 2014. What kind of music would you possibly prefer playing?

Kevin: I don’t know…Metal for sure.

BR: What’s your relationship with the Internet and your opinion on interacting with fans on Facebook, Twitter etc.?

Kevin: I’m not really good with this but I try to do my best. Time is missing someday to answer all the people. Facebook, Twitter are great tools to stay in touch with all the people you meet on Tour.

BR: What kind of advice would you give to young, aspiring musicians that would like to reach out for the rest of the world?

Kevin: Don’t give up, Make what do you want of your life, make your own decisions. Your dream will be true. 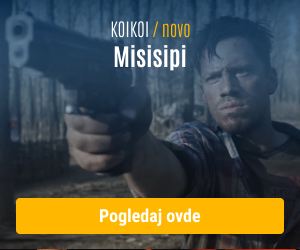