Andrea Ferro (Lacuna Coil): A band has to follow the inspiration 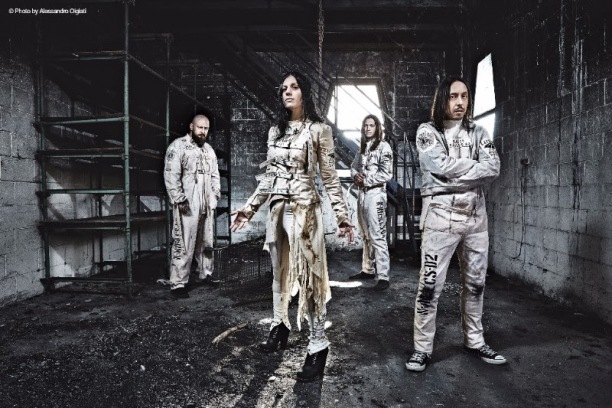 Lacuna Coil, one of the best italian metal bands, is coming to Serbia for the first time. The concert will be on November 13th in Dom omladine Beograda with guests Cellar Darling and Sinheresy. Lacuna Coil were founded over two decades ago by vocalist Andrea Ferro and bassist Marco Coti Zelati and last year they released their eighth studio album Delirium by Century Media.

One of the founding members, and also one of the lead vocals, Andrea Ferro, spoke with Balkanrock about the new record Delirium, their upcoming show in Serbia, favorite video games and more.

Balkanrock: During years many bands often become softer and you with “Delirium” went to complete opposite direction. Was that a healthy musical evolution for Lacuna Coil?

Andrea Ferro: It was just the way music was coming from the songwriting and we just followed the inspiration. It  wasn’t  strictly planned, we just went with the flaw. Music was coming heavy and we followed up with vocals and all the arrangements in that way. “Delirium” has been a sort of a new beginning for us.

BR: What were the most challenging aspects of recording the album „Delirium“?

Andrea: Probably the fact that Marco, our bass player, produced it and the fact that our guitar player decided to resign from the band right before the recordings and Marco had to record most of the parts by himself with a little help from some friends. Marco wrote all those parts anyway but he is mostly a bass player. 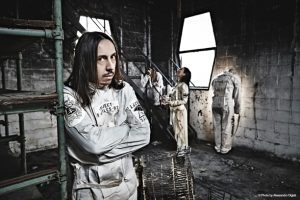 BR: Delirium album focuses on the issues of mental illness. That’s steel a taboo in Serbia. What’s the situation in Italy? Is there a dose of understanding and compassion without judging?

Andrea: Things are changing but there is still a lot of grey areas where people doesn’t understand completely the way this kind of illness can affect anybodies life, it doesn’t matter if you are rich or poor or if you are apparently happy. It’s a delicate topic and we tried to talk about it with depth.

BR: Last December you released Christmas song „Naughty Christmas“. Was that some sort of stepping off from „Delirium“?

Andrea: A rock radio here in Italy asked us to be part of their Christmas compilation and we decided to try and write a song in that spirit for the very first time in our career, we really enjoyed the result and decided to go for it. It’s still a sort of a dark song even if it has a bit of humor in it. The project is totally separated from Delirium though.

BR: When releasing a new album, do you ever think about reactions and how the album is going to be accepted by fans?

Andrea: Not too much, if you listen to everybody’s opinion than you will never go anywhere. I think that a band has to follow the inspiration and if you are true to yourself usually people will get it. We know what the characteristics of our sound are and we know how to produce Lacuna Coil music better that anyone else. 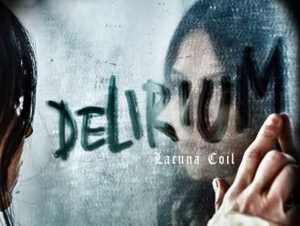 BR: On earlier days of your career, you had some songs on your native language – Italian. What are the chances for Lacuna Coil song on Italian in some near future?

Andrea: Italian is a very good language for melodic music, not as much for heavy music. With that said if there will be the right song to use it, we will go for it. Never say never.

BR: Regarding your whole discography, could you choose just one Lacuna Coil album you have the most love for? And why?

Andrea: That would be impossible. Every album has a special place in our heart. In general, I can say that some of the most significant albums in our career have been Comalies, Karmacode and Delirium.

BR: Last year you played in China for the first time. What was that experience like comparing to shows in Europe or USA?

Andrea: We played at a festival and has been a lot of fun beside the weather that was not so good, there were a lot of people that were rocking out to our music, hopefully we’ll go back again!

BR: I’ve read that all members of Lacuna Coil are big time gamers and that you enjoy having game nights together when you aren’t recording. What games you usually play together and which one is your favorite?

Andrea: We were a bit more a few years ago and we were playing board games like Dungeons and Dragons or video games tournaments with FIFA, Call of Duty, Tekken, Dead or Alive, Halo, Guitar Hero. Nowadays we are a bit more busy with families and work so we play more individual video games. We still love games though.

BR: Since you’re coming for the first time to Serbia, what can we expect from your show? Could we hope to hear some great songs from „Unleashed Memories“, „Comalies“ or „Karmacode“?

Andrea: It’s gonna be fantastic, we’re really excited about coming to Serbia for the first time! There will be some of the new songs from Delirium and a good mix of classic Lacuna Coil songs. 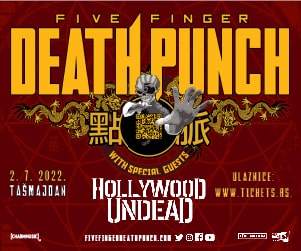 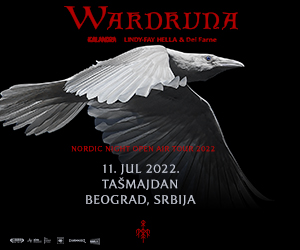